MSG 2 Public Reading: Before They Cut Down Our Tree by Jenna Masuhara

Two ex-friends find themselves forced to deal with their past and with each other when they are unexpectedly reunited. It’s been ten years – what’s changed, what hasn’t, and what secrets have both been hiding?

This performance will include ASL interpretation. Thank you to Ladan Sahraei for this ASL vlog about the show. 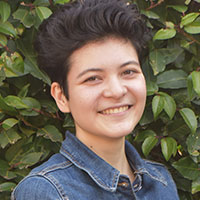 Jenna Masuhara is a non-binary artist. They live on the ancestral and unceded homelands of the hən̓q̓əmin̓əm̓ and Sḵwx̱wú7mesh speaking peoples. They graduated from SFU with a Bachelor of Arts in Communications with minors in Business, Publishing, and Dialogue in 2018. Jenna’s worked for Vancouver Asian Canadian Theatre as their Operations and Communications Manager. They are excited and grateful for the opportunity to now be vAct’s 2021 MSG2 Playwright. 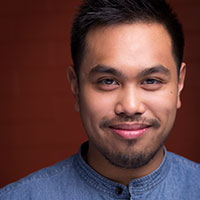 Davey Samuel Calderon (he/him/his) is a queer Filipinx-Canadian, theatre artist based on the unceded territories of the coast salish peoples: the hən̓q̓əmin̓əm̓-speaking xʷməθkʷəy̓əm (Musqueam) and səlil̓wətaɁɬ (Tsleil-Waututh) Nations, and the Sḵwx̱wú7mesh Sníchim-speaking Sḵwx̱wú7mesh Úxwumixw (Squamish Nation). He has his BFA in Theatre Performance and Communication from SFU. Co-Founder of New(to)Town Collective, an emerging theatre collective aspiring to provide accessible, experimental training workshops and creating new interdisciplinary works together. He is a dramaturg, director, producer, curator, drag artist and theatre maker.

Currently he is the Resident Curator for Upintheair Theatre’s rEvolver Festival and Dramaturg, Public Engagement for Playwrights Theatre Centre. 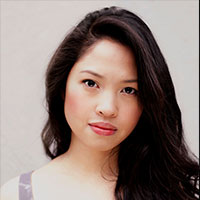 Anjela is an immigrant from the Philippines and currently lives on the unceded territories of the xʷməθkʷəy̓əm (Musqueam), Sḵwx̱wú7mesh (Squamish), and Sel̓íl̓witulh (Tsleil-Waututh) Nations. She has worked internationally as a performer and collaborator in Hong Kong and across the UK. Recent credits include Walking at Night By Myself (A Wake of Vultures) The Wolves (Withaspoon Theatre and Pacific Theatre) Foreign Radical (Theatre Conspiracy), 12 Minute Madness (rEvolver Festival), Mis Papás (Rice&Beans Theatre), and Harvey (Western Gold Theatre). Anjela works freelance as an actor, director, clown, teacher and collaborator with various artists of different disciplines. Anjela is a Co-Founder of New(to)Town Collective and formally the Associate Producing Artistic Director of Vancouver Asian Canadian Theatre. 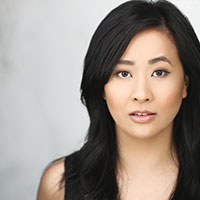 Originally from London, Ontario, Leslie is always thrilled to be a part of any vAct project! Favourite theatre credits include ‘Jane’ in Miss Bennet: Christmas at Pemberley, ‘Sam’ in Thanks for Giving (Arts Club) and ‘Bap’ in Baking Time (Presentation House Theatre). Leslie’s next project will be directing The Tempest with the Teen Shakespeare Project at Carousel Theatre for Young People this summer. Leslie is a graduate of York University (2008) and Studio 58 (2012). 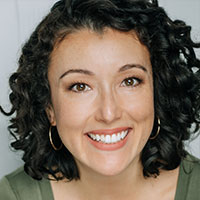 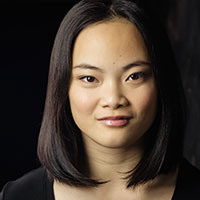 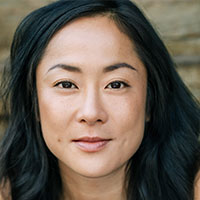 Agnes Tong is a Vancouver based actor and dancer. Originally from Ottawa, Agnes moved out West to attend Studio 58 theatre school. Since graduating, Agnes has appeared on stages at the Arts Club, Gateway, The Cultch, Firehall, Chemainus, Caravan, Globe, Waterfront, and all over the lower mainland when on tour. She was two days away from her first audience of The Arts Club’s production of carried away on the crest of a wave when the pandemic hit. The show must go on, you can catch her next in Season 4 of The Good Doctor and Under Wraps on the Disney channel. 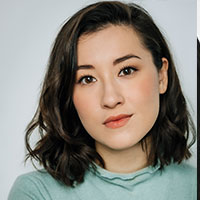 Born in Hong Kong, Stephanie Wong (she/her) is a queer multidisciplinary artist of Chinese Italian descent, now living on the traditional and unceded territories of the xʷməθkwəy̓əm (Musqueam), Skwxwú7mesh (Squamish), and Səl̓ílwətaʔ/Selilwitulh (Tsleil-Waututh) Nations (Vancouver, BC). A graduate of Studio 58’s acting program, she has toured across Canada and the USA, working professionally as an actor, set designer, director and creative collaborator. She is a core member of the emerging theatre collective happy/accidents, and is spending this year Artistic Associate at re:Naissance Opera, honing her skills in direction and dramaturgy. Her first short film bàba (written, directed, and designed by Wong), has made its way to film festivals in Canada, the USA, and Europe. She has worked for various theatre companies nationally, highlights including Buddies in Bad Times, The Arts Club, Studio 58, Theatre Replacement, Western Canada Theatre, Electric Company Theatre, Gateway Theatre, Touchstone Theatre, Zee Zee Theatre, and Green Thumb Theatre. 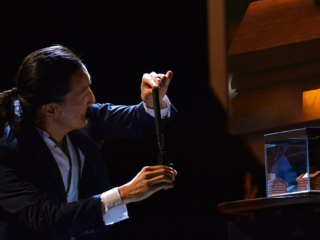 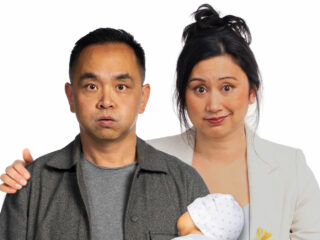