While being a culturally mandated arts organization, vAct is an equal opportunity employer and selects employees on the basis of ability, experience, training, community impact, and character. It is vAct’s policy that all persons are entitled to equal employment opportunity without regard to race, creed, colour, gender, age, national origin, religion, marital status, sexual orientation, ancestry, disability, medical condition, including pregnancy, cancer and any other consideration made unlawful by federal, provincial or local laws.

vAct follows Equity’s respectful workspace’s policy and ensures that the accompanying resources are made available. At the beginning of each project, we inform everyone of the policy, ensuring that everyone in the room knows that harassment and discrimination of any kind will not be tolerated, and clearly delineates who they can go to if they have any concerns. Beginning in 2022, we also distribute a collaborator survey and community agreement as a guideline to maintain such safe spaces. We have also recently revamped our HR policy with a focus on simple language and addressing each employee and contractor holistically as human beings. To address non-sustainable theatrical working models, with work-life balance in mind, we have increased paid time off for full time staff, implemented a policy of no-questions-asked personal/mental health days. We are also active in advocating for 5-day rehearsal weeks.

My Little Tomato is a co-production between vAct (Vancouver Asian Canadian Theatre) and Zee Zee Theatre, in association with rice & beans theatre, co-directed by Derek Chan and Cameron Mackenzie.

We are looking to cast ONE actor for:

My Little Tomato is a surreal rom-com written by Rick Tae.

Keaton Chu, Chinese-Canadian kindergarten teacher inherits a farm from his deceased parents and vows to continue the business to honor his family name. Unlucky in love in real life, he begins to pour his heart out into every fruit and vegetable, believing that every life form has a purpose even when they’re deformed.

When Japanese-Irish-Canadian produce wholesaler and bar-star Joe McKinley unwittingly falls for Keaton, they struggle to deal with historical familial, cultural and relationship issues while proving love is possible even when dirty rotten tomatoes squeeze in on the fun.

Founded in 2001 by Joyce Lam, Vancouver Asian Canadian Theatre (vAct) first began as a community theatre. Over the next 12 years, vAct collaborated with over 500 Asian Canadian theatre artists, and produced over 40 shows. In 2013, Donna Yamamoto was appointed as the first Producing Artistic Director since its founding. Thus began vAct’s rapid transformation from a community theatre to one of the most exciting diversity-mandated professional theatre companies in Canada. In the ecology of Western Canadian theatre, vAct plays a unique role. We are the only professional theatre company in Western Canada to consistently premiere new works by Asian Canadians. Following Donna’s retirement in 2022, Derek Chan took over as Managing Artistic Director, bringing with him over a decade’s experience in creating, developing, and producing original intercultural, multilingual works within BC and across Canada.

In 2014, vAct’s production of Ga Ting by Chinese Canadian playwright Minh Ly was a world premiere of a new Canadian work, and a co-production with the frank theatre, our queer community partner. In 2016, VACT co-produced Dirty Old Woman by Chinese Canadian playwright Loretta Seto, which was part of The Cultch’s official season and had a sold-out run. In 2018, we also premiered her play The Ones We Leave Behind at The Cultch. In October 2015, Empire of the Son by Japanese Canadian Tetsuro Shigematsu was presented as part of The Cultch’s 2015/16 season to unanimous critical praise. Empire of the Son was remounted at the Cultch the following year to another sold-out run. Since then, it has toured three times across Canada to Ottawa, Toronto and Montreal, St John’s, Saint John, Edmonton, Calgary, Winnipeg, Saskatoon, and Kamloops. We’ve also premiered Shigematsu’s works 1 Hour Photo in 2017 at The Cultch, and Kuroko in 2019 at The Cultch. 1 Hour Photo has also gone on a virtual tour across Canada in 2021. In addition to productions, our annual MSG Theatre Lab program provides Asian Canadian playwrights professional support in the development of their chosen projects.

For the 2022 and 2023 seasons, we shared two new works–Bad Parent by Ins Choi at The Cultch and Courage Now by Manami Hara at The Firehall Arts Centre. 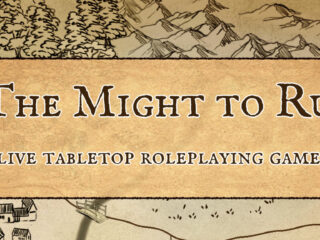