June Fukumura has received Canada Council’s Professional Development grant to work as the MSG Curator during 2021/22. June will lead the selection committee during the script adjudication in April to curate the three plays that will be developed this year through the Lab. June and Donna will work closely together to develop her skills as a curator and Artistic Director. We are excited to have June join our team this year in this new position!

June is a Japanese-Canadian multi-disciplinary theatre artist with a BFA in Theatre Performance and a Certificate in Sustainable Community Development from Simon Fraser University.

​June is the Co-Founder of New(to)Town Collective an artist collective with a mandate to create new experimental works; provide ongoing accessible physical theatre training and experimental research workshops called Training Jams. June is also the Co-Artistic Director of Popcorn Galaxies an experimental theatre company interested in re-enchanting the everyday through unconventional site-responsive and site-specific works. Popcorn Galaxies has produced over eleven independent productions in seven years and has been presented at Centre A Gallery, Vancouver Fringe Festival, BC Culture Days, rEvolver Festival, The Array: First Contact, and PushOFF.

Additionally, she is the Assistant Dramaturg at the Playwrights Lab at the Banff Centre for the Arts. She independently produces the Nikkei Artist Mixer, the Emerging Dramaturg Mixer, and is the founder of Dyslexic Players Canada. Her artistic practice includes: experimental theatre creation, acting for theatre/film, performance, clown, dramaturgy, directing, producing, curating, Japanese language translation and language coaching, and cultural leadership. www.junefukumura.com 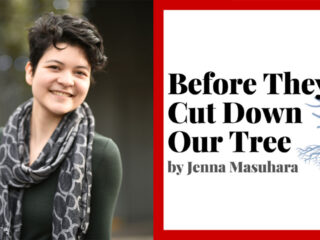 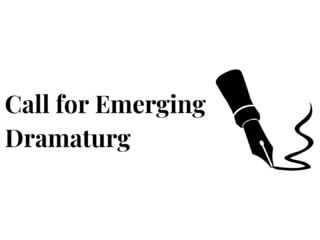