“Empire of the Son is exquisite. It’s also painstakingly honest… the storytelling is poetic, associative—and often funny. I can’t say enough good things about Empire of the Son… one of the best shows of the year.”
– Colin Thomas, The Georgia Straight

About the Show
The third tour of the original, multi-disciplinary play by former CBC broadcaster Tetsuro Shigetmatsu who discovers vast worlds contained within his emotionally remote father – from the ashes of World War II and Hiroshima, to swinging London in the 1960s. As he learns about how his own father was once a son, Tetsuro realizes all the ways in which he himself needs to step up and become a better dad. Empire of the Son is a funny, emotional portrayal of parent/child relationships, and a reminder of no matter how far we journey out into the world to find ourselves – across decades and continents – we never stop being our parents’ children.

Empire of the Son originally premiered at The Cultch in October 2015. The show was completely sold out before it even opened – unprecedented for the premiere of a new Canadian play. Its subsequent extension was also completely sold out.

*With permission of the Canadian Actors’ Equity Association.

Press Coverage
“Tetsuro Shigematsu’s Empire of the Son is a lovely stage memoir” – J. Kelly Nestruck, The Globe and Mail

“Empire of the Son extraordinary in its ordinariness” – Patrick Langston, Ottawa Citizen

“Tetsuro Shigematsu’s Empire of the Son is exquisite” – Colin Thomas, The Georgia Straight

“Grief stripped raw in all its beauty: One man show is a powerful display of emotion” – Erika Thorkelson, Vancouver Sun 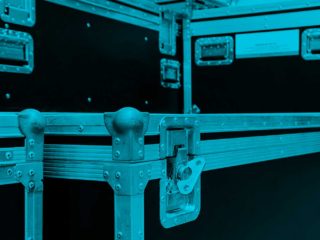 Next (n) Taking Empire to Alberta