Free Public Reading of
The Wrong Bashir by Zahida Rahemtulla
August 28, 2020 at 6:00pm Via Zoom 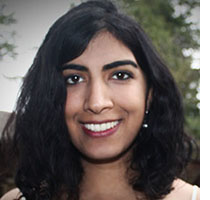 Zahida Rahemtulla – Playwright
Zahida Rahemtulla is an emerging writer of fiction and theatre. Her first play, The Wrong Bashir, is in development with Vancouver Asian Canadian Theatre and the Playwrights Theatre Centre. She was a 2019 resident in the Arts Club Emerging Playwrights’ Unit, where she wrote her second play, The Frontliners. Zahida is a graduate of the SFU Writer’s Studio and has been a resident at the Banff Centre in Alberta and Millay Colony for the Arts in New York. Her plays have been shortlisted for the Canadian Playwriting Competition (Theatre BC), the Ellen Ross Stuart Playwriting Award (Tarragon Theatre & Ontario Arts Foundation), vAct’s MSG Lab, and other emerging playwright venues. She’s also at work on a collection of short fiction and a humour novel for kids. She has worked in Vancouver’s immigrant and refugee non-profit sector for several years in the areas of housing, employment, and literacy. 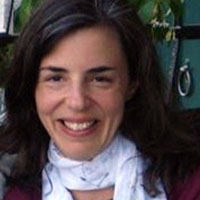 Rachel Ditor – Director
Rachel Ditor has been a freelance dramaturg and director in new play development for companies across Canada since 1992. Including work with: Playwrights Workshop Montreal, the National Arts Centre, Saskatchewan Playwrights Centre, Playwrights Theatre Centre, Electric Company, Theatre Replacement, Ruby Slippers, Gateway Theatre, Vancouver Asian Canadian Theatre, she was a faculty dramaturg for the Banff PlayRites Colony, and the resident, dramaturg for Touchstone Theatre and Rumble Theatre, as well as the former literary manager and dramaturg for the Arts Club Theatre. As a freelance director some of her highlights include: The Merchant of Venice, Elizabeth Rex (Bard on the Beach), The Philanderer, Men in White (Arts Club Theatre), Hippies and Bolsheviks (Alberta Theatre Projects), The Tiger of Malaya, Shirley Valentine (Gateway Theatre). She is the recipient of both the Bra D’Or Award (for supporting the work of women playwrights ) and the Honorary Membership Award from the Playwrights Guild of Canada. Rachel currently teaches playwriting at the University of Victoria, and is an active volunteer at Our Place Society in Victoria. 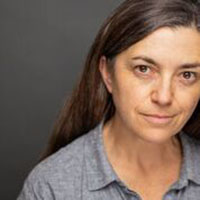 Heidi Taylor – Dramaturg
Heidi Taylor is a dramaturg, director and performer, and Artistic & Executive Director at PTC, based on the traditional unceded, occupied territories of the xʷməθkwəy̓əm (Musqueam), Skwxwú7mesh (Squamish), and Səl̓ílwətaɬ (Tsleil-Waututh) Nations. She makes sited, devised, and interdisciplinary work, developing performances from first idea through production. She recently dramaturged the world premieres of Carmen Aguirre’s Anywhere But Here, Tetsuro Shigetmatsu’s Kuroko, Chicken Girl by Derek Chan, and Public and Private by Ziyian Kwan. She is currently dramaturg for Derek Chan’s yellow objects, Zahida Rahemtulla’s The Wrong Bashir, Amber Funk Barton’s How to Say Goodbye, and Mermaid Spring, created by Barbara Adler and Kyla Gardiner, for which she is learning to crochet. Heidi served as Board Treasurer of the Literary Managers and Dramaturgs of the Americas and was the founding president of LMDA Canada. She was a co-founder and co-artistic director of Proximity Lab/Arts from 2003-2016. 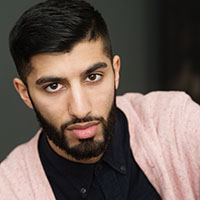 Shanae Sodhi – Producer & Assistant Director
Shanae Sodhi is a recent graduate of Studio 58 where he was one of the establishing members and Head Organizer of the school’s Student Diversity Committee, a student lead group working to strengthen marginalized groups within the theatre community by empowering students with the tools and knowledge to engage in the conversations of inclusivity around them. Shanae’s work is influenced by decolonization and intersectionality. He works as Rumble Theatre’s Associate Artistic Producer. Recent producing credits: Coyuntura 2020 (Canadian Latinx Theatre Artist Coallition), Straight White Men (ITSAZOO Productions), and Mx (winner of 2019 Fringe New Play Prize and Cultchivating the Fringe Award). 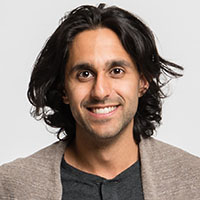 Rumi Tejpar – Bashir
Rumi was born and raised here in Vancouver, BC. He left to do his undergraduate studies in Montreal, QC and returned home to BC where he now runs a sportswear company. He and his family are Ismaili Muslims and have ancestral roots that flow from India to East Africa, similar to those of the characters in The Wrong Bashir. Rumi is happy to have rediscovered his passion for acting as it has been nearly 10 years since his last time performing on stage. 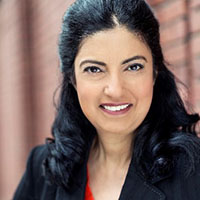 Nimet Kanji – Najma Ladha
Nimet was born in Nairobi, Kenya and began acting on stage with the local theatre company. She emigrated to Vancouver, Canada in 1989 where she continued to work on stage. She began her career in film and TV in 2001 and has had the pleasure of working with Edward James Olmos (Battlestar Galactica), Kevin Sorbo (Paradox), John Cusack (Martian Child) and Sitara Hewitt (Little Mosque on the Prairie) amongst other notable names. Her theatre credits include Sultans of the Street (Carousel Theatre), 9 Parts of Desire (The Maggie Tree) and Bombay Black (2017 Vancouver Fringe).  She will be filming soon on a TV show shooting in Alberta. 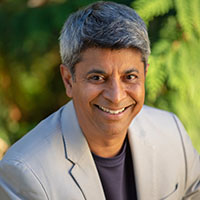 Dhirendra – Sultan Ladha
Dhirendra has been in the industry as an actor, director/writer and theatre producer for over 30 years. While in Canada he has earned notoriety as the iconoclastic Ismaili journalist ‘Hakeem Jinnah’ in the Gemini nominated Jinnah: On Crime Series of Movies for CBC, his career started in UK. A Leo Nominee for his work on The Collector, his extensive TV credits include recurring roles on DaVinci’s Inquest, Intelligence, The Bill (UK), Casualty (UK), Eastenders (UK), Family Pride (UK) and 49th and Main. Some highlights from his theatre credits include over 200 performances of Raj from Edmonton, a One Man Show by Peri Allan. In his advocacy work for Inclusion Dhirendra served on the ‘Afro-Asian Sub Committee’ of British Actors Equity and currently is a co-chair of ‘Diversity and Inclusion Committee’ for UBCP/ACTRA. 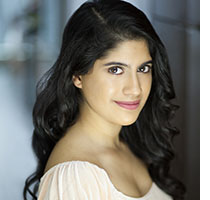 Sabrina Vellani – Nafisa
Sabrina Vellani is an Indo-Canadian actor and poet from the lower mainland.  She graduated from UBC’s BFA Theatre Acting program in 2018.  Since then, she has been in productions such as Killjoy Theatre’s Burqa Boutique (Directed by Gavan Cheema & Jamie King) and Axis Theatre’s co-production with Babelle Theatre entitled All My Friends Are Animals (Directed by Marie Farsi).  You can also find her work in Five Cedar Films’ short film: Speak (Directed by Shaheed Devji), which recently premiered in IFFSA’s Virtual 2020 Festival.  Sabrina is thrilled to be a part of another reading for The Wrong Bashir! 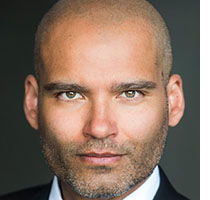 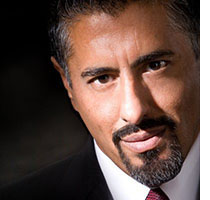 Parm Soor – Mansour
Parm was born in Punjab, India and raised in London, England. He studied Theatre at The University of Winnipeg. Stage highlights include The Arts Club productions of A Thousand Splendid Suns, The Orchard and The Humans at The Stanley Theatre and Men In White at The Granville Island Stage; A Vancouver Guldasta at The Cultch; MacBeth at The Firehall Arts Centre Romeo and Juliet at The Kaleidoscope Theatre and Coronation Voyage at The National Arts Centre in Ottawa. He has also appeared in over 40 television shows and numerous Hollywood blockbusters including Watchmen; 2012; Tomorrowland; and Maze Runner. 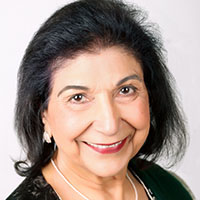 Balinder Johal – Nani/Farida
Balinder Johal is an award-winning Film, Television and Theatre actress with five Leo Award nominations and two wins and one Canadian Screen Award Nomination. She is known for Heaven on Earth and Beeba Boys, both features films by Deepa Mehta. She was the guest star in Sanctuary and collector series and now garnished the Leo for the, The 410. She is best known to Punjabi’s for Jat and Juliet and Jat and Juliet two. Some of her plays are My Granny the Goldfish (Arts Club Theatre), Bollywood Wedding, Here and Now, A Fine Balance (CBC Radio-Kathleen Flaherty), Sarhind Dee Deewar. 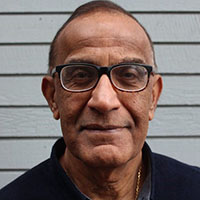 Salim Rahemtulla – Nana/Dawood
Salim Rahemtulla was born in Kampala and moved to Canada in 1974 after finishing his studies in Computer Science at the University of Manchester in England. Recently retired and with encouragement from his children,he has found the time to pursue his passion for literature. He has acted in a couple of Play Readings with vAct, Monsoon Festival and rEvolver Theatre Festival and has taken some acting classes. He is currently working on his first play, 90 Days, which is about the traumatic 90-day period in which all non-indigenous countrymen of Uganda were expelled by dictator Idi Amin. He lives in Vancouver with his wife and four children. His first acting gig was playing ‘The Whale’ in Jonah and the Whale in his childhood. 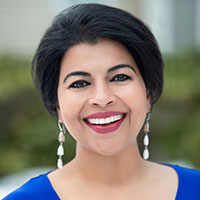 Chandni Appadurai – Gulzar
Chandni Appadurai grew up loving the atmosphere and magic of the Theatre. Her father directed, produced and owned a theatre group called Curtain Club in India, which produced highly acclaimed period plays by Shakespeare, GB Shaw, JB Priestly among others. She started out as a stage hand and advanced to playing major roles. Chandni recently played a lead role in the highly successful The Untold Legend Of Imogen Flight. She is grateful for the opportunity to play a part in The Wrong Bashir. 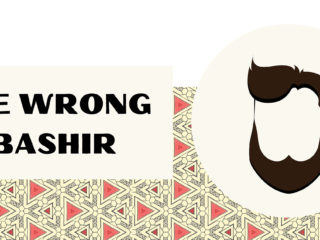 Next (n) Save the date for our MSG Lab readings!